Entr'actes and other ways to fill silences 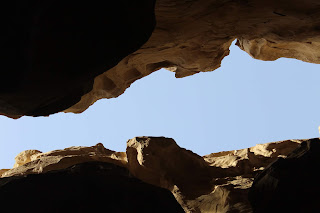 Photo by Farnoosh Abdollahi on Unsplash


A journey in Haibun* style

I have previously written about the importance of spaces and recently there was some talk of preparing activities for introverts and being able to participate in class 'without speaking' (Activity 3 from Dave Cormier's Open Pedagogy Lab). Kate responded and said she was designing a silent icebreaker for her next conference presentation.

Autumm said that media training provides a scare campaign for dead air. However, when the focus is on human connections, we don't need to fear that space. In connected learning, human connections are critical. For the #CLMOOC bookclub we have been thinking about Affinity Online (Ito et al 2019) and this has led me to think about how space and silence contributes to the affinity space.

If no edge defined
Can we measure the centre
Or pivot from that?

Sarah inserted some D&G to think about rhizomes and what part the centre plays in rhizomatic learning. I've never thought of intermezzo in relation to connected learning. Laura gave me a poetic explanation of the function of an intermezzo.


not quite... The Intermezzo is an entr'act. it's the constant song in the wings, on the sideline, as well as a hum running through your head. -a thought both before and after it has been communicated. #clmooc
— laura ritchie (@laura_ritchie) March 26, 2019

The intermezzo was an operatic solution to cover the scene changes. It provided a story between the main Acts, more than a musical interlude. Later it was an Opus in it's own right (Brahms)

I compose my own intermezzo, converting the letters of 'Affinity Network' against the 7 key scale....I play with keys and chords, melodies and instruments. This is my happy place.